Using M.I Hover is much cooler, in fact. Have you ever played with Sony Playstation 3 motion controller? similarly, this chopper will simply excite you.

Silverlit M.I.Hover uses metallic base frame and outer body built using high quality injection mold plastic. So the overall construction looks well built. Plastic makes the body ligthweight at the same time for the bird to fly easily. Cool thing is instead of the regular landing rails, MI hover has a flat pad kind of resting which gives the helicopter a good look.

MI Hover is best enjoyed Indoors due to the light weight.

So, why the prefix “M.I”? It represents “Motion Intelligence”series of Silverlit helicopters. The MI Hover controls are designed on the basis of “Gesture based Control” technology. What does it mean? It means that you can use (or move) the controller by your hand as if you are controlling helicopter in air (Imagine the Magento from X Men here!)

Here are some basic moves with the controller to make you understand even better.

Apart from these gesture controls, the remote control have some more functions such as Light, Throttle up/down, One button takeoff/land, etc.,

Hovers better at a fixed position with its Gyro stabilizer technology

The Helicopter has inbuilt Li-Po Battery which is chargeable. The controller needs 6 AA Batteries.

Here comes the flip part. The controller has a charge cable built in and you need to use the same to charge the Helicopter after discharge. No wall charger / USB charger. Well that is an inconvenience, and that makes AA batteries go dead much sooner and need to replace.

The Helicopter takes 30-45 minutes to charge completely from the controller cable and flys for 4-5 minutes of fly time. 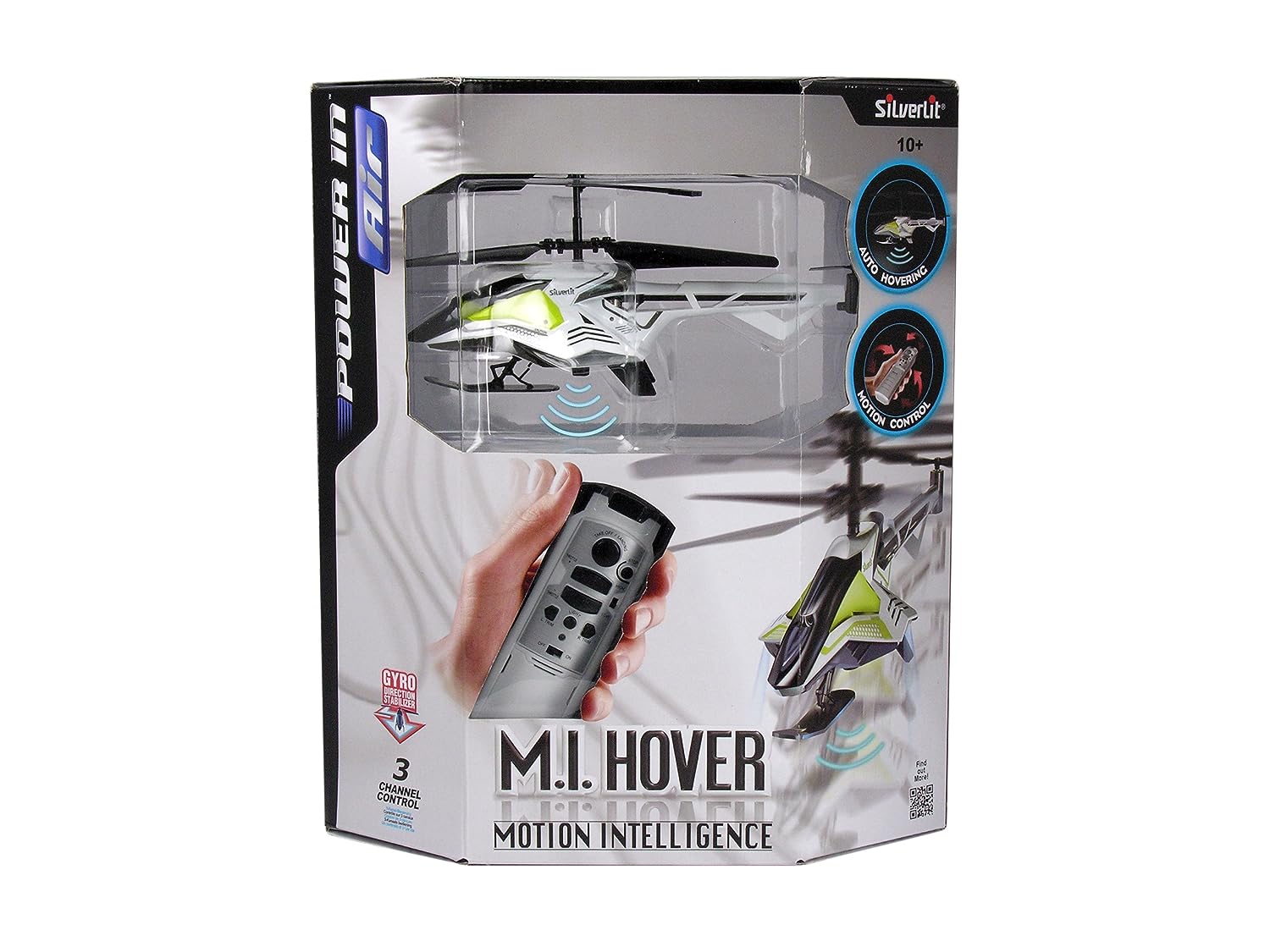 Although it covers the basics the pack could have included a wall / USB charger. One downside.

Silverlit MI Hover lacks consumer reviews right now as the product is new in the market. But considering the brand value of Silverlit, I am confident that the reviews will be more positive.

No wall / USB charger. Need to charge from transmitter.

Price of Silverlit MI Hover looks within limits. The manufacturer would have gone ahead to overprice this chopper as the gesture control functions are new, he has kept it within the reach and therefore it creates a good competition. Buy it at any price within three thousand rupees.

This site uses Akismet to reduce spam. Learn how your comment data is processed.