The Bebop is a mid-price range video drone from French wireless and drone manufacturer Parrot. It was first released in 2015 when it made waves in the drone world for being a great budget drone with incredible photo and video capabilities.

We got to take a closer look at the Bebop and found it to be a generally good video drone that with a few improvements could be great. Let’s take a look at some of the finer points of the Parrot Bebop. 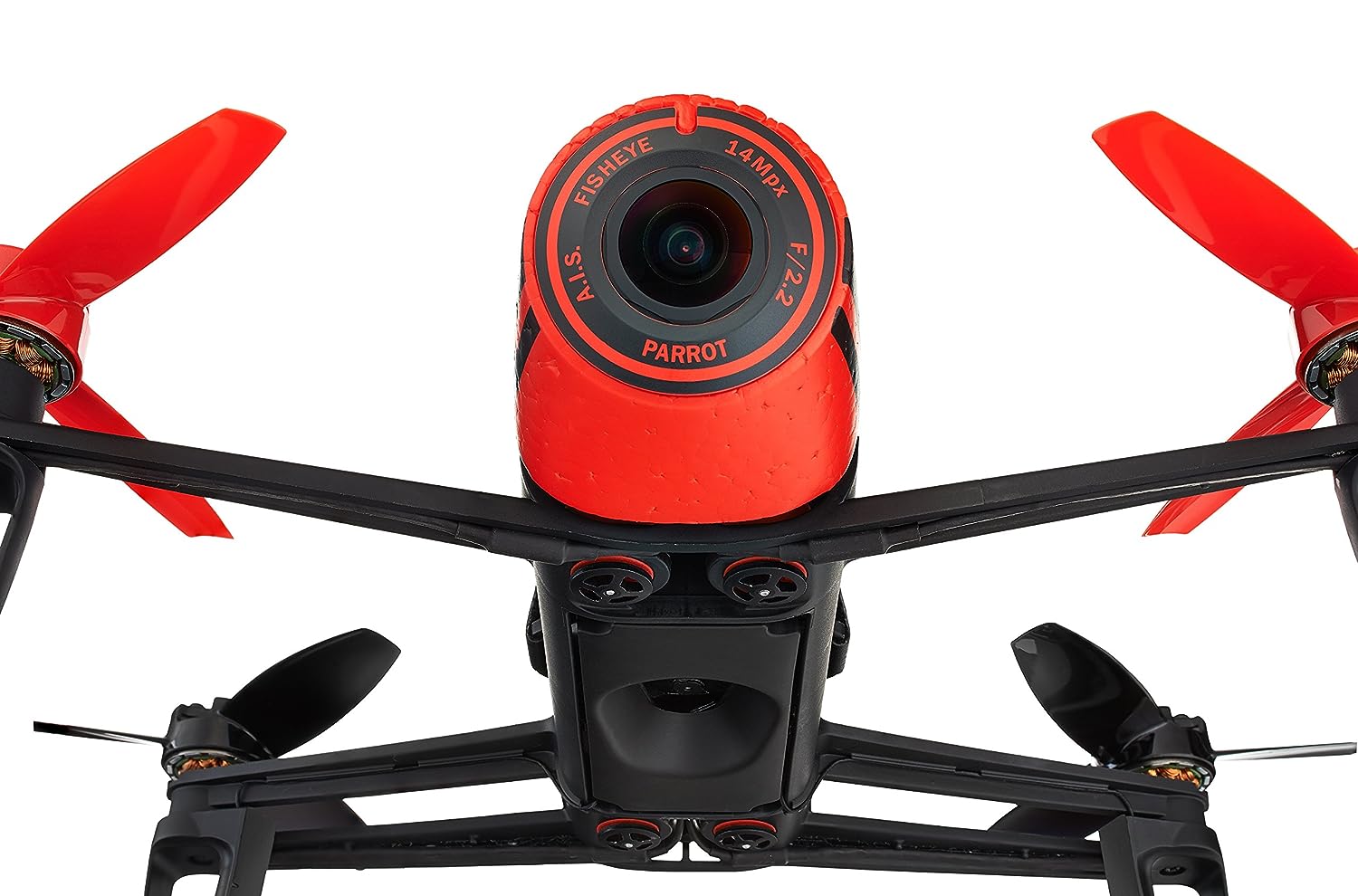 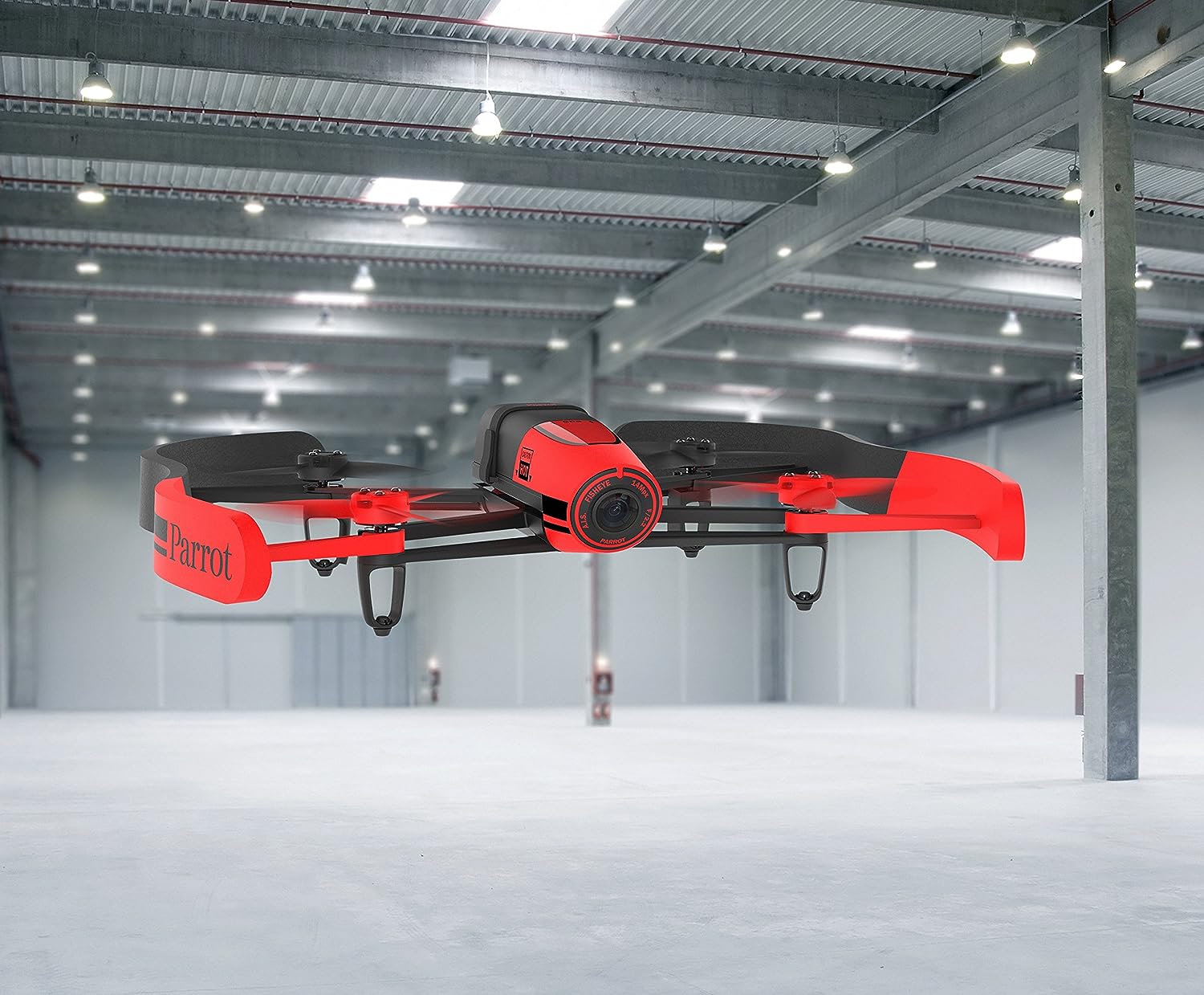 The Parrot Bebop is a great drone for first-time and amateur flyers. The free app available for all major smart phones installs easily and has you up and flying in no time. The software and app are all open source which means there is a lot of customization that can be done for more advanced pilots.

The Bebop hovers well but does tend to drift a little outdoors. Buying extra propellers and landing skids are a must as you’re likely to go through them pretty fast when you’re first starting out.

If flying with your thumbs on a screen isn’t your bag, you can purchase the Bebop in a pack that comes with their SkyController joystick control or purchase the controller separately. The SkyController also extends the range of the drone’s wifi.

With the GPS enabled ReturnHome feature you can bring the Bebop right back to its starting point with just the click of a button. Recording is also as simple as pressing a button. Perhaps most  impressive about the Bebop is the real-time FPV which means you can see through the eyes of the drone while you’re flying it. You can also keep the drone flying a path but take a 180-degree look around with the camera.

The Bebop will, with full batteries, stay airborne for around 8-10 minutes so if you are on a longer shoot, extra batteries and car chargers are a must. 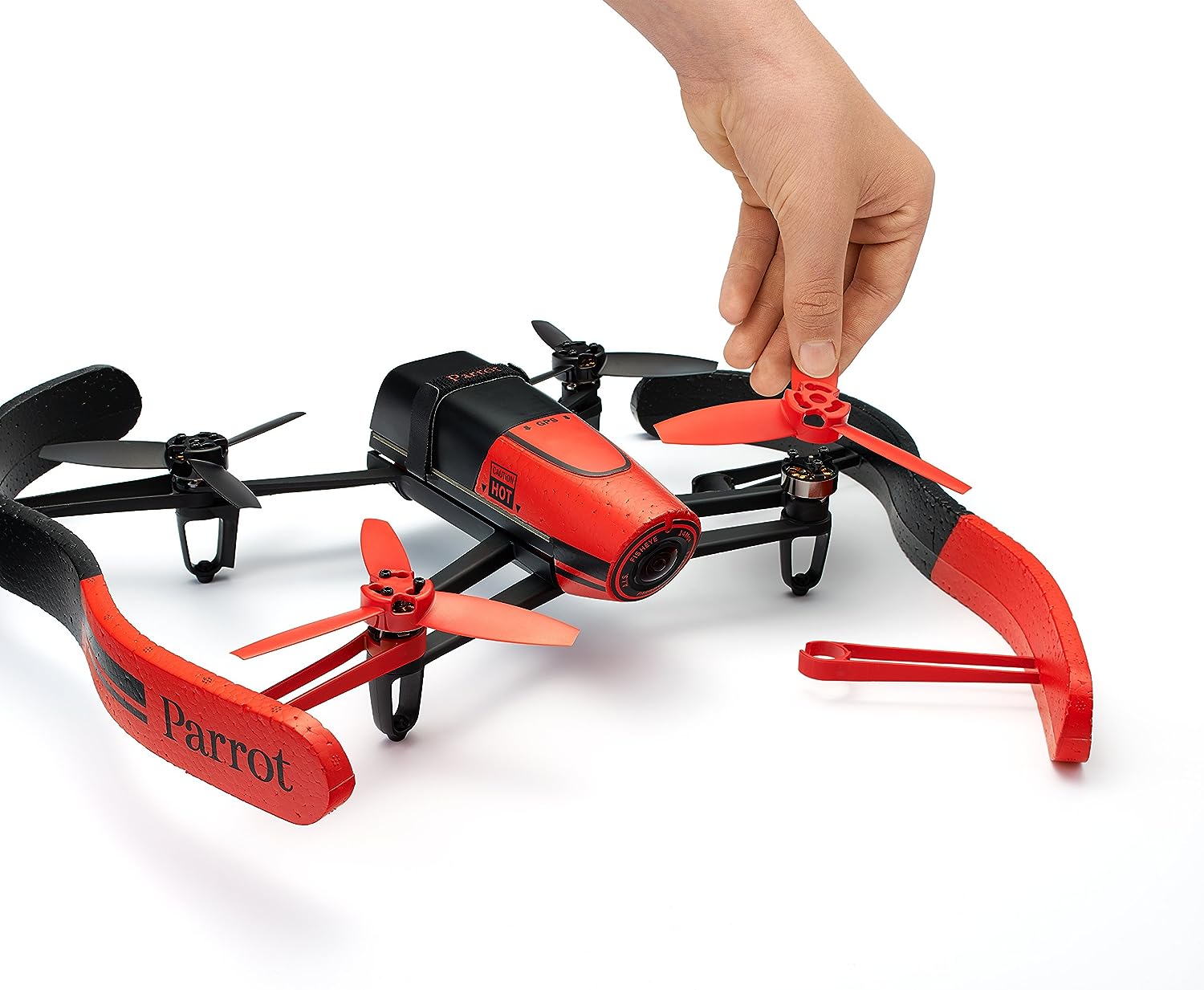 While it may not be the most stylish drone on the block, the Bebop gets lots of points for being tough. Users that have taken it out say it can withstand falls from higher altitudes than many other more expensive models. This is because the Parrot utilizes a very highly resistive  Expanded Polypropylene for the body of the drone that protects all of the important components.

The camera is stabilized on three axes instead of a fragile gimbal so there’s no worry of major camera damage when the Bebop experiences the inevitable bumps and drops.

Parrot has made myriad replacement parts available for the Bebop in case of loss or damage.

Included in the box is:

If you are looking to get the absolute most out of your Bebop there is an accessory kit available that includes the SkyController–a great way to boost wifi signal and control the drone with physical joysticks and dedicated buttons– as well as:

A good car charger, some extra batteries and propellers, and a case or backpack would be a great addition for the Parrot particularly if you intend to use it while travelling.

While the Bebop is generally well received by user there are a few common complaints. First, the wifi tends to cut out so users are finding the drone will take off while they have to chase it down trying to reconnect to the drone. The battery life also leaves a lot to be desired as most flyers are getting around 8-10 minutes of time in the sky. Most users also seem to agree that although it is a pricy addition, the SkyController makes maneuvering the drone much easier.

It’s also worth noting that the Bebop comes with minimal instructions so there may be a lot of trial or looking things up online before you get the hang of flight.

On the flip side, the Bebop has a fantastic camera, does a great job of hovering, the real-time FPV is great and for the price most users agree it’s worth it. One reviewer made mention that they had a hard time flying the drone indoors because of upward drift but more experienced flyers didn’t seem to have the same issue.

With just a few improvements the Parrot Bebop could be the dominate mid-price video drone on the market. It is lightweight but doesn’t feel fragile or delicate. We’d like to see some improved battery life and a more stable wifi system. Still, video quality is great, maneuverability is excellent, and the price is great for the amount of features you are getting from this drone.

The Parrot Bebop is a great little starter drone but a few alternatives worth a closer look are: